One of my New Years Resolutions for 2014 was to run a 5km race. That might not seem like a big deal to most people but to me, a girl without a sporty or athletic bone in her body, it was equivalent to deciding to tackle Everest. The pain of those first few runs is a memory I don’t want to relive. But then something odd happened. I experienced some of those ‘endorphin’ things that I had heard people talking about and I wanted more. So I kept running and at this point have completed several races. My times aren’t great but I’ve been loving the buzz and feeling of accomplishment on raceday and I have decided to tackle a half-marathon in September.

I am using the Hal Higdon Novice 2 plan as it is most in keeping with my life and routine. At this point I am on Week 6 though I will admit it has taken me 8 weeks to get here! This is because on two of those weeks I had races scheduled that were slightly shorter than the long run for the week. So I just repeated the week in order to ensure I had covered all of the miles before moving on to longer distances. The plan was a little shorter than the time I had to prepare so this is working well.

Initially I found the adjustment from 3 days of training per week to 5 very difficult. My body was sore and tired and I felt like it was consuming my life. I gradually got used to it though and am fitting the sessions into my schedule much more easily. I have also taken up spinning classes on my cross-training day and love them!

The only problem is that, 6 weeks in, I am more daunted by the half-marathon than ever. Lets hope the plan works!

So, attempts to make this blog active and frequently updated have been ineffective. I’m not sure how I have managed to fail so miserably at this, my second soiree in the blogging world. But here I am, with a blog older than 12 months, that has yet to crawl, walk or learn fun tricks.

So hello blogging world, I shall be appearing more often from now on. I will start later today with an update on my running progress (spolier: I’m not quite an olympic athlete yet but I have managed to complete TWO running programmes). So stay tuned for my running plan for the Summer and how I intend to break a weight loss plateau.

I had the loveliest most relaxing weekend! I did a little shopping, ate good food, saw a good movie, drank good wine and appreciated good weather 🙂 It’s so rare for me to have time like that that is just for me and I really savoured every moment of it. I feel far more relaxed than I have for a long time and, though I know this relaxation is likely to be fleeting, I intend to enjoy it while it lasts.

In honour of my wonderful weekend I thought I’d post some happy thoughts. It’s good to smile on a Sunday evening! 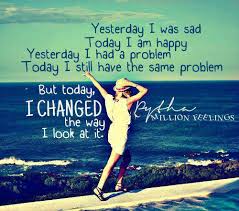 20-something Corkonian moves to Dublin.

Much shopping and soul-searching ensues.